If Sebastopol California is known for anything, it is the Gravenstein Apple. This tart fruit is synonymous with late summer in Northern California. We are a community that is connected to the land, the bounty it provides, and the tasty treasures that are produced. The history of Sebastopol and the culture are so connected to this palm-sized gem! 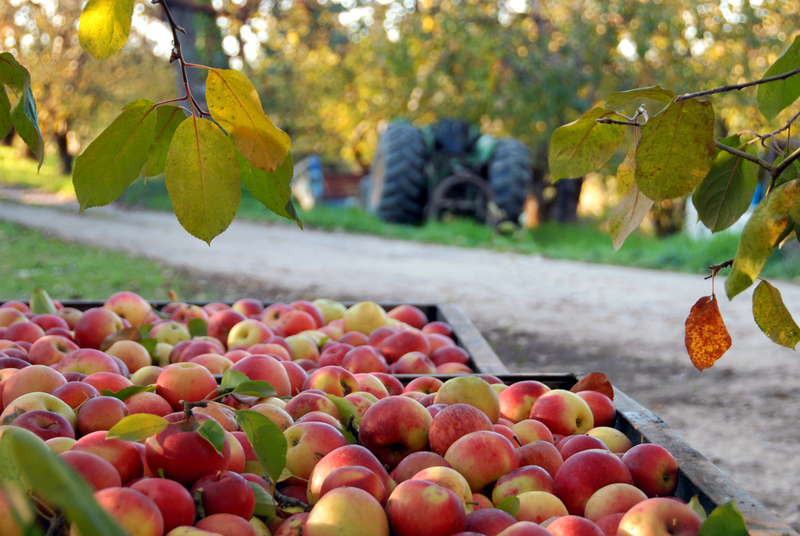 The Gravenstein Apple is a tart apple that is yellow-green with some red lines. Due to some characteristics of the tree itself and of the flowers, Gravenstein apples are particularly difficult to harvest and sell. But those same characteristics make for a variable ripening season, solidifying the historic importance of this apple due to the fact that sometimes you can get the apples over a very long period of time.

These beautiful fruits are grown in many places around the world. In Austria, brandy is created from the juice of this fruit. In Australia, this apple is particularly special because the apple season only lasts for a few weeks. In Canada, although grown on both West and East Coasts, it is primarily a backyard fruit and not heavily produced for commercial uses. The Gravenstein was proclaimed the national Apple of Denmark in 2005, and is also grown in countries such as Norway and New Zealand, but not too a large commercial degree. In the United States, the Gravenstein is found primarily on the West Coast. As we in Northern California know, this apple is particularly found in Sonoma County.

In the early 19th century, the Gravenstein Apple was brought to Northern America and has a history of being used as applesauce or dried apples during World War II.

Here in Northern California, the Gravenstein can be harvested in August, yet is often gone by Labor Day. Gravenstein apples are often used as a baking fruit due to their tart and juicy nature. Although these apples ripen and can be harvested earlier than most, they do not travel as well as some of the more well-known apples we see in far-off supermarkets. Although this makes for difficult transcontinental sales, it does provide a beautiful niche here in Nothern California in the slow food movement. Restaurants such as Chez Panisse in Berkeley try and incorporate this fruit into their seasonal menu. For reasons including its ability to grow in Sebastopol’s mild climate, the early harvest, and the tart flesh, Northern California has created this perfect bubble for this beautiful fruit to thrive.

Gravenstein Apple Fair is held in Sebastopol’s Ragle Park on August 11th and 12th from 10:00 am to 6:00 pm. This year marks of 45th Gravenstein Apple Fair put on by Sonoma County Farm Trails. Known as “the sweetest little fair in Sonoma County“, this charming festival is held under shaded oak trees in a beautiful neighborhood park. The family-friendly feel, the smell of apples in the air, and the quaint setting, all help to create a true hometown feel and showcase a little bit of everything we love about small-town life in Sonoma County. As Northern California continues to gain notoriety for fine wines, the apple industry faces new challenges, finding a reason to take a moment this August and celebrate the Gravenstein in Sebastopol, California.