Did you ever notice that trends have their way of circling back? One such trend is a family compound. Defined as a group of buildings in an enclosed area, having a shared or associated purpose, such as the houses of an extended family, a family compound is a trend more families are bringing back into popularity for a variety of practical reasons.

Land in California is scarce, especially property in which to build new homes on. Purchasing a piece of land suitable for multiple dwellings such as our Sweetwater Springs listing in Healdsburg resolves this issue. Breathtaking views sweep through this 480± acre parcel with spectacular panoramic view options for future building sites. Gently rolling ridge top features open sunny meadows, natural springs and incredible views of the Russian River Valley, Mt St Helena and beyond. The perfect canvas awaits to create your dream estate or family compound with vineyard potential. Russian River and Sonoma Coast AVA. Includes two separate parcels with 5 certificate of compliance. This property is currently offered at $2,995,000. Give us a call to show you around and discuss the possibilities. 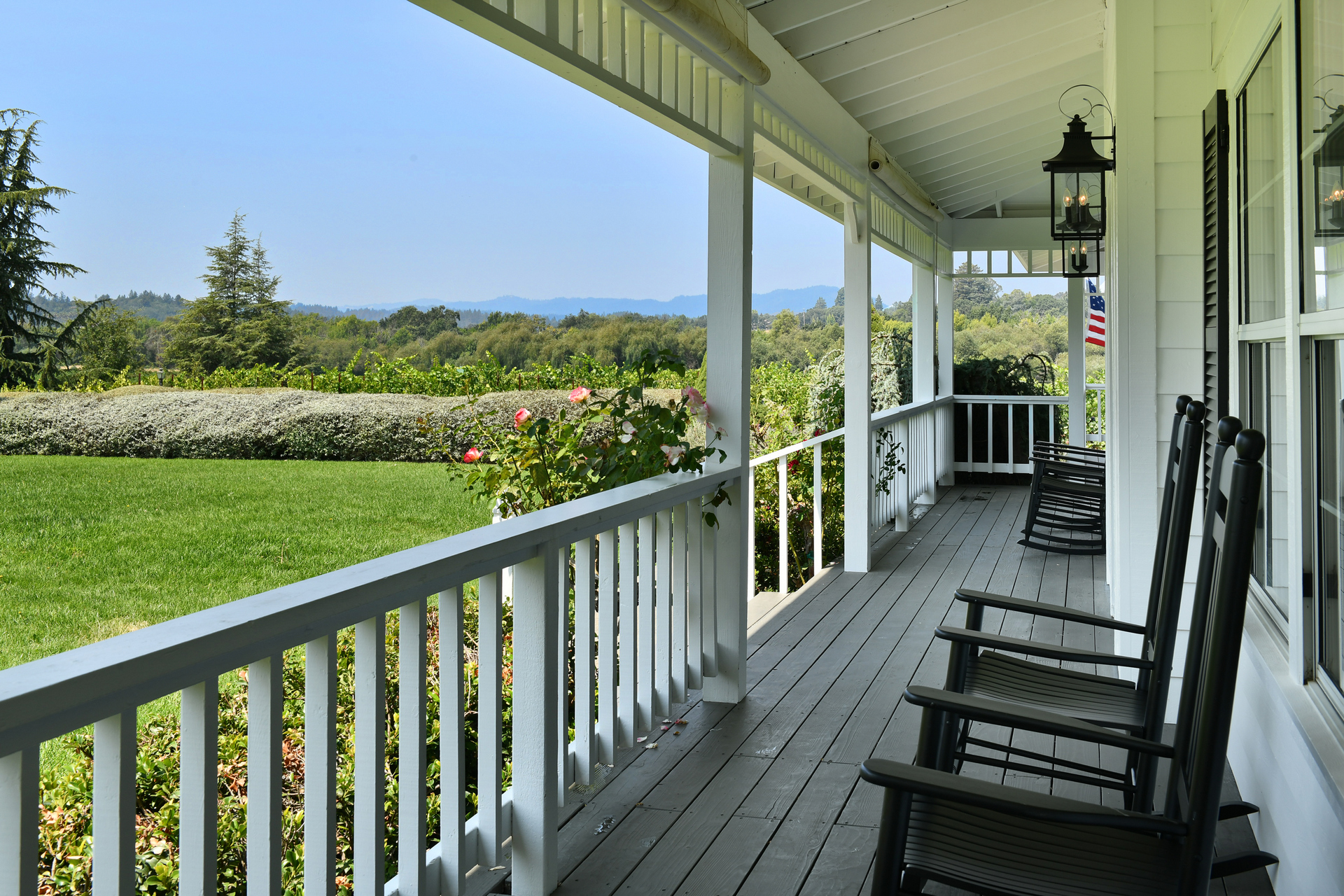 Finding affordable housing is tough in California all across the state.  Sonoma County is no different. The lack of space to build new homes, the recent devastating fires, and an already tight housing market have all made it even more challenging to solve one of humans’ most fundamental needs, a place to live.  Creating a family compound makes sense in solving this dilemma. Building a more significant purchase together as a family and developing individual housing on the property for each member becomes a lot more affordable and helps equalize the burden of cost to each individual. 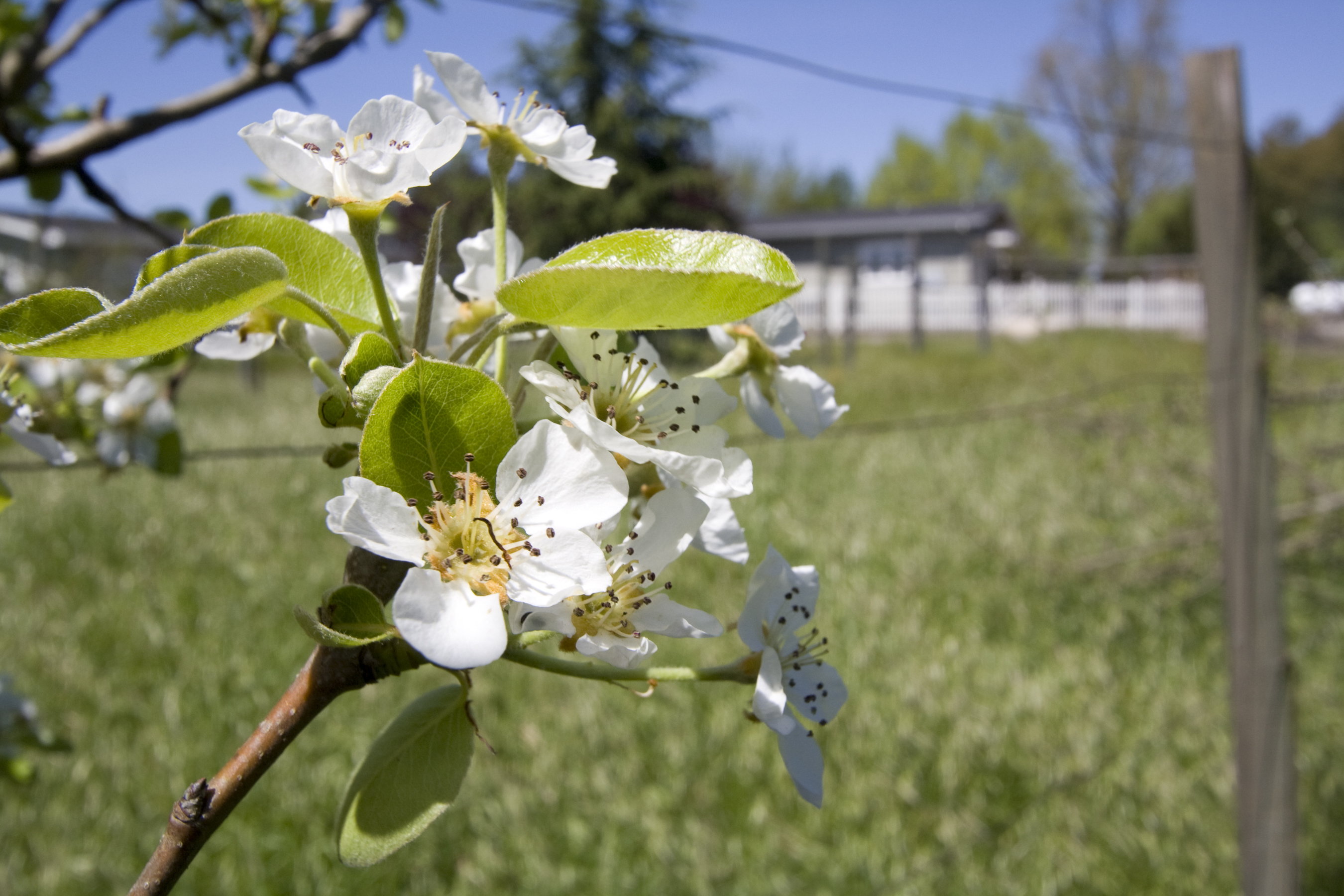 Finding the right property to create your ideal family compound can have it’s challenges too. If 480± acres is too big for you, we also have an incredible property that is ideally suited for a compound and holds multiple dwellings onsite already. Our Bodega Avenue listing is a tranquil and private 80± acres located in desirable West Petaluma.  This flag lot would make a great family compound boasting main house, guest house, and caretakers’ quarters. An ideal property for raising crops with vineyard potential. Suitable for horses includes 3 large barns, outbuildings and spring fed pond. Close to wine country, fine dining, and coast. Currently offered at $2,999,999. This property is a unique spot, give us a call to walk through it and learn more about the multiple opportunities it offers.

The idea of a family compound is not a new one. In the 1900s and earlier it was commonplace to have multiple generations of families living on the same property and sometimes under one roof.  The benefits vary. When the kids are small, grandparents are nearby to help; when the grandparents are too old to be alone, they have family nearby to care for them. Sharing expenses and helping each other out. Another possible advantage is the closeness the family feels by living so close together and supporting one another through the challenges and successes we all experience in life.

Contact us today if you are interested in walking through either of the above listings. Both properties offer multiple possibilities for a family compound, potential income, and a harmonious lifestyle. 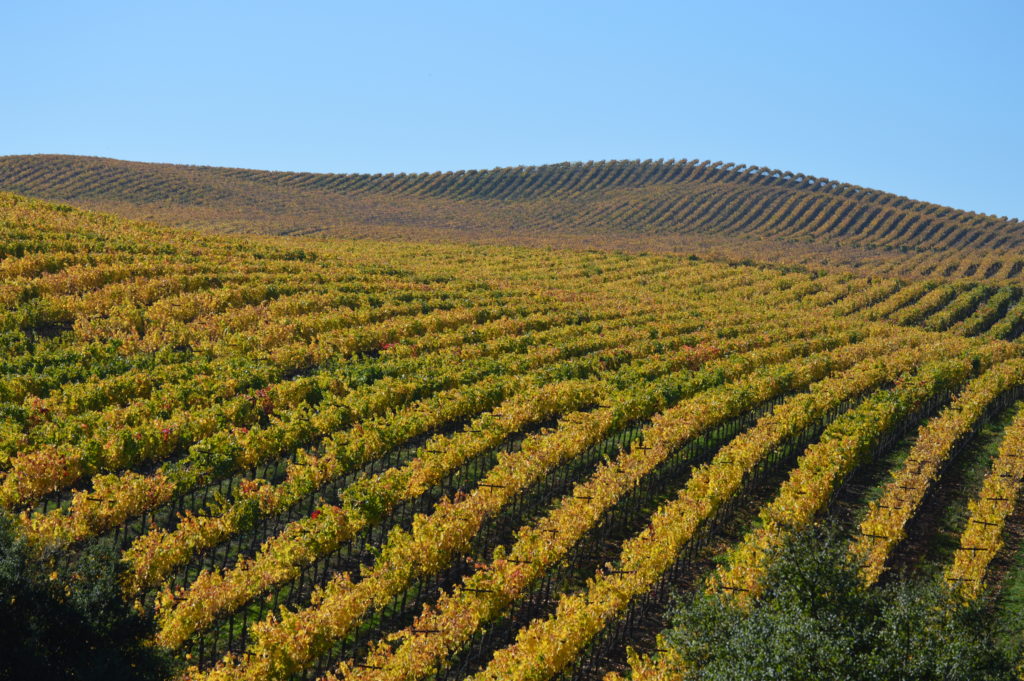 Gratitude is a powerful theme during most holiday seasons. For Randy and I, Sonoma County continually evokes a powerful sense of appreciation for its welcoming nature and fruitful land, warm and inclusive people, and breath of fresh air. We are grateful for so much, the people we love, the people we work with, the incredible landscape we enjoy year round, and the relentless “nothing can keep us down” attitude of our community. 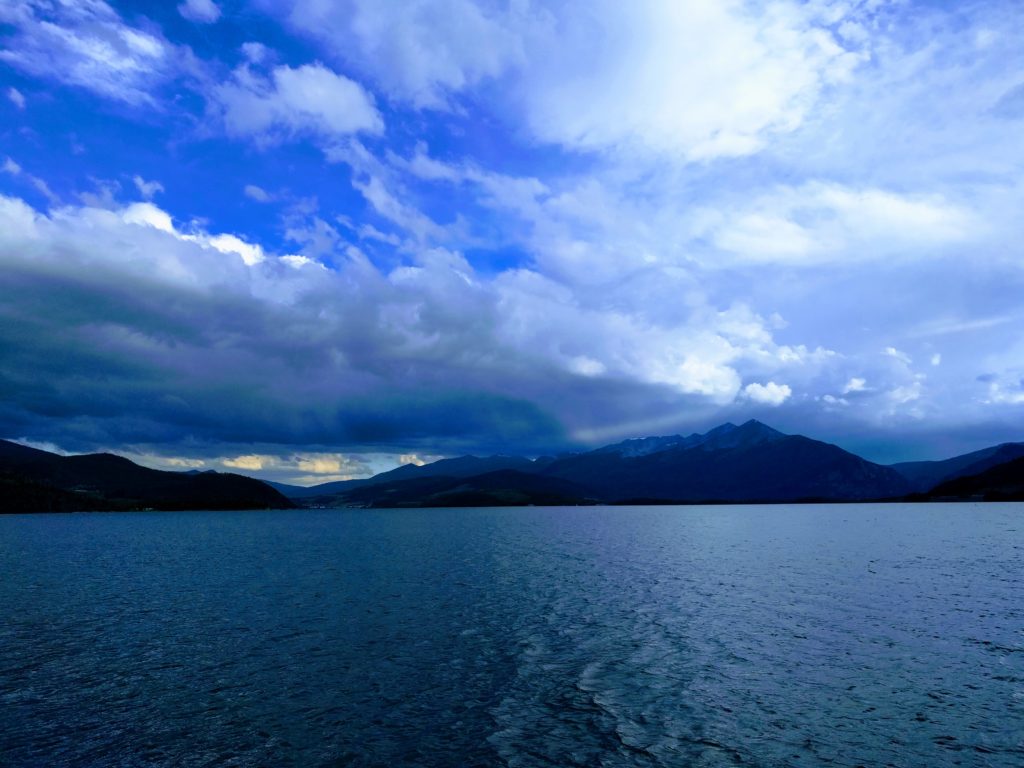 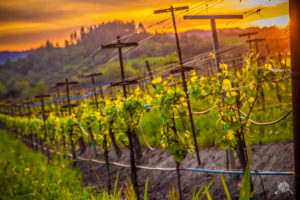 Sonoma County’s landscape provides a master class in agriculture, food, wine, recreation, and abundance for all who live here. 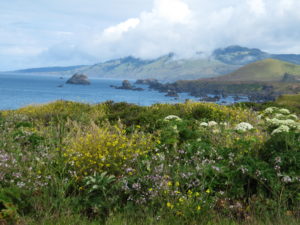 There is always so much to learn and experience right in our own backyard. For Randy and I, the landscape provides an incredible backdrop to our real estate business. It is not challenging to showcase the benefits of owning real estate in this community, but it remains a very competitive market. We work hard to meet our clients’ needs and goals in each transaction. Real Estate in Sonoma County remains a constant wave of emotions: competitive, satisfying, and generous. We absolutely love what we do and are humbled every day to be able to help clients achieve their dreams in this exciting real estate market.

The last few years Sonoma County has seen some challenges with the national housing crisis and on the heels of coming back from that – have faced some of the worst wildfires in California history. There is a strong sense of community spirit and personal kindness here that is like no other place we have lived. It has been rewarding to hear the stories (and there are many) of people reaching out to one another to lift each other up. This spirit is undeniable in Sonoma County. 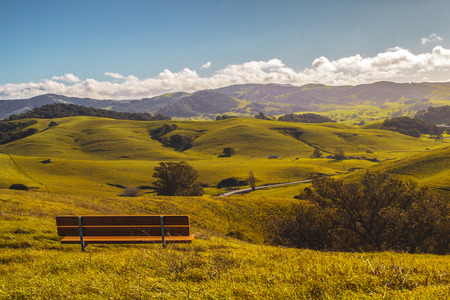 Feeling a part of something more significant than yourself is an incredibly important aspect of being a part of a strong community. Randy and I both feel extremely grateful to be a part of this spirit of thanks, energy, and generosity. No matter what your circumstances are in life, Sonoma County has a way of bringing everyone together as a whole and making all feel welcome. Whether it is donating our time through the Redwood Empire Harley Club, leading hiking groups, working with local veterans in finding a new home or working within the real estate community, we are committed to this fantastic group of people encircled by this incredible land in Sonoma County.We are grateful, every day.

If you have been looking forward to celebrating your Sebastopol Thanksgiving this Thursday, you’re probably confident that on Friday you’ll be able to put all the Thanksgiving paraphernalia away until next year. If you have plates or cups festooned with Pilgrims, Indians, and turkeys, back they’ll go into the cupboard until 2017—because Thanksgiving comes but once a year.

True—except for that one year. That was the time when there were two Thanksgivings.

If you haven’t heard this story, gather ‘round: 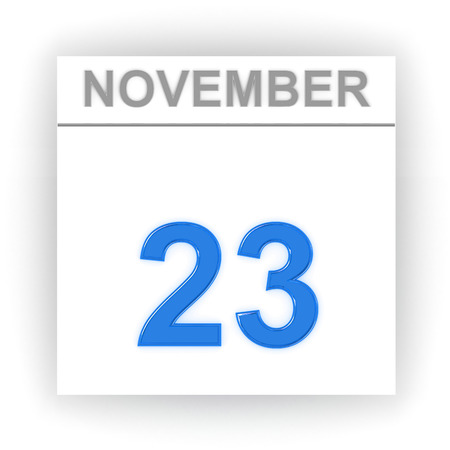 The year was 1939. On November 23, President Roosevelt ceremoniously carved a turkey, then took to the airwaves to wish his fellow citizens a happy and blessed Thanksgiving. The problem was, in many states across the country, radios were probably being clicked off because, for them, Thanksgiving wasn’t going to happen until a week later. If any turkeys had been aware of the situation, the lingering threat would have been more alarming than usual.

The anarchy had been years in the making. Presidents have the power to decree when the national day of thankfulness is celebrated. Ever since Honest Abe Lincoln had proclaimed it a national holiday, the last Thursday had been “it.” When Roosevelt began his presidency in 1933, he had come under pressure from business interests to move Thanksgiving from the last Thursday in November to the fourth Thursday—but he’d had resisted all attempts to overcome tradition.

But in 1939, the calendar again showed a five-Thursday November. The reason business hated such years was because they had to wait until December to launch their Christmas sales. After all, Americans didn’t even think about the holidays until they’d shaken off their calorie-induced Turkey Day stupors—everyone knew that! With the Great Depression still digging the economy an ever-deeper pit, The Chief reluctantly gave in. Early in 1939, FDR proclaimed that the fourth Thursday, November 23rd, was to going to be Thanksgiving. 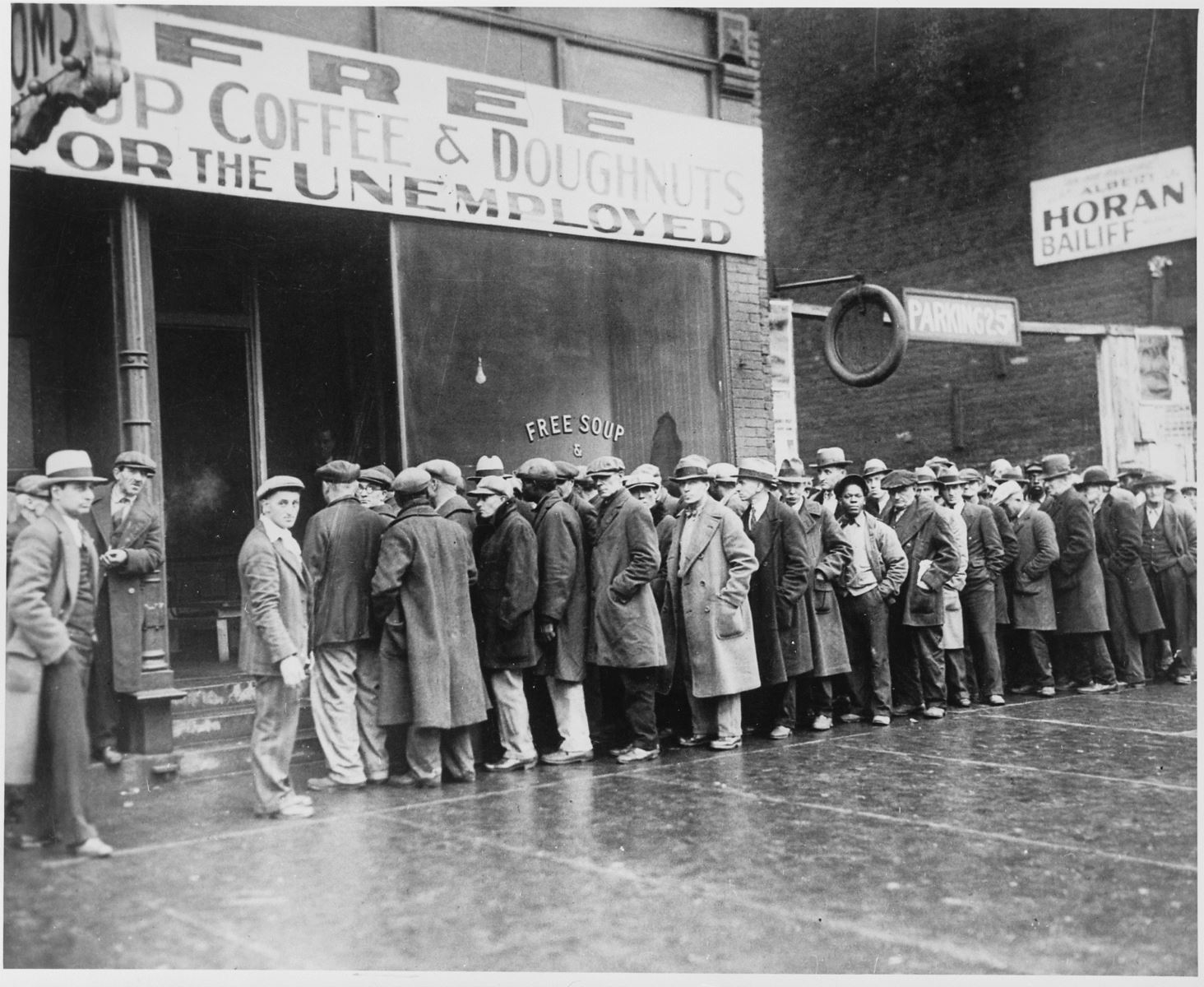 No big deal, you might think. Wrong! Whenever any tradition is upended, some people are bound to get upset. Not to mention the calendar publishers, who reportedly had to scrap all the calendars they had printed in advance. School holiday schedules had to be redrawn; annual Thanksgiving football game dates changed—in short, in addition to the whipped cream on their pumpkin pies, states who went along with FDR had an extra dollop of chaos.

We haven’t been able to determine whether California was one of the states that refused to budge, but 23 of them crossed their legislative arms and issued their own counter-proclamations. And sure enough, lots of people put off the carving until the last day in November. Oh—wait! This just in: Colorado and Texas celebrated both! 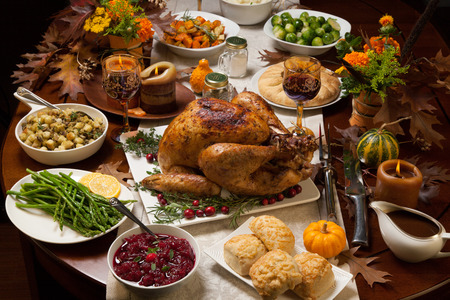 In today’s more practical America, we have prevented two Thanksgivings from ever troubling us again by starting Christmas sales right after Halloween. We don’t know about your household, but in ours, one Sebastopol Thanksgiving is both welcome and sufficient. Here is hoping your holiday finds everyone healthy and properly thankful for the blessings we pause to remember.