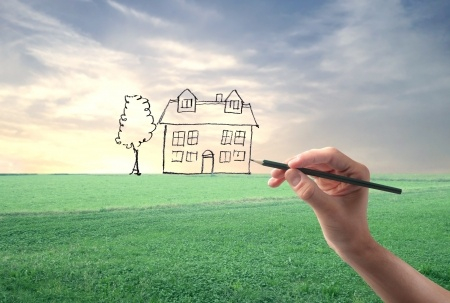 You’d think that the whole notion of the American Dream is vague enough that it would be immune from challenge, and for the most part, that’s still true enough. Not so for its principal emblem, which most Sebastopol residents would agree is owning your own home. Being free to work hard to reach that goal—no matter who you are or how humble your origins—has long been the leading sign that the Dream is alive and kicking.

Even so, lately it’s been getting hard to ignore some media discussions that seem to challenge homeownership’s legitimacy as a pillar of that whole American Dream notion. Simply put, the suggestion is that the financial benefits to be had from owning your own home are no longer valid—or at least, that they are growing less valid.

There’s no arguing that there are many situations where renting makes more financial sense than does buying. Most of them are related to the expected duration of residence. As The New York Times observes, “Buying tends to be better the longer you stay” if only because the upfront costs are spread out over many years. In one of its Upshot commentaries, the Times presents a calculator which adds up “Initial,” “Recurring,” and “Opportunity Costs” for various rent and buy situations in order to show at what monthly rental dollar amount “renting is better.”

Sorry, Times. Your calculator may accurately display the tradeoffs in dollar costs—but it overlooks one factor that can ultimately prove to be the most significant. It’s the real-life factor that is built in whenever Sebastopol families decide to graduate from renting to buying. It begins to take form with the first dollar saved for a down payment and continues until the last mortgage check clears the bank.

You can call it “enforced savings”—but whatever its name, in addition to the emotional benefits of owning your home, a measurable infusion of financial independence is the usual outcome. For example, when the Federal Reserve last reported “Changes in U.S. Family Finances” during the years from 2010-2013, it found that although median incomes fell 5%, “the median net worth of homeowners increased 4%, whereas that of renters or other non-homeowners did not change.”

If the American Dream is one of self-reliance and independence, then owning your Sebastopol home isn’t likely to disappear as its leading goal anytime soon. It’s one of the greatest parts of our job to help clients turn that distant dream into today’s reality. It’s a process that starts with a simple call to our office!